Behind the Scenes of “Quiet Summons: A Healing Journey” - Bob Woodruff Foundation

Behind the Scenes of “Quiet Summons: A Healing Journey” 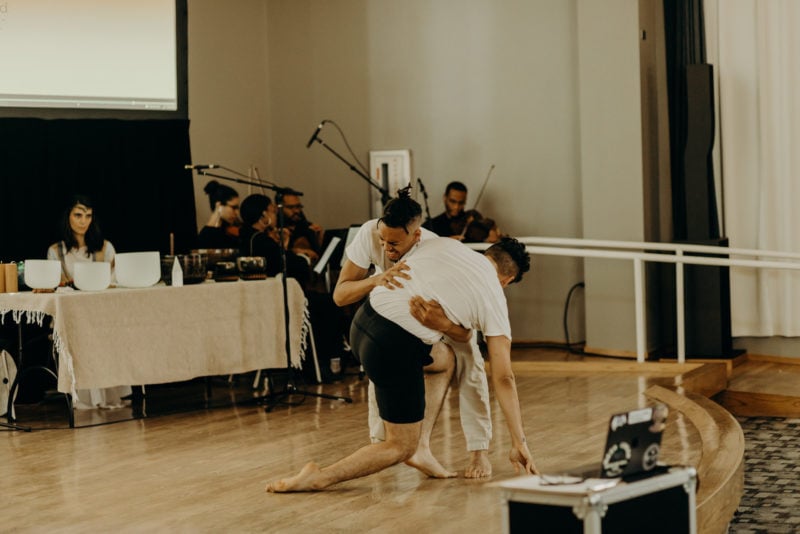 As of November 1, 2020, National Veterans Intermediary (NVI) is called the Local Partner Network. Older content may reference our original name.

NVI Local Partners Quiet Terrain LLC and DJD Art Foundation are collaborating with cross-sector partners to open a conversation about moral injury, using the performing arts as a portal. On November 12th, The Crest Theatre in Sacramento will host “Quiet Summons: A Healing Journey,” a first-of-its-kind, one-night-only performing arts production designed to build awareness of moral injury. At the helm of the project is Dr. Noel Lipana, who wears a lot of hats. Among them: medically-retired U.S. Air Force Lieutenant Colonel, Doctor of Social Work, vice president of a nonprofit, and leader of two veteran collaboratives. In the past couple of years, he’s added some more hats: storyteller, artist, and, now, director. We caught up with Dr. Lipana to find out how “Quiet Summons” came to be.

Why did you choose this medium to share your message about moral injury?

I pursued my doctoral degree in social work to help people heal from moral injury. Halfway through my doctoral studies, I got tired of listening to myself talk and delivering slick Prezis. It’s rare that someone is truly touched by a Powerpoint presentation. I was thinking about different ways to employ art to deliver my message about moral injury. And so much of the research on moral injury is hidden, buried in academic texts. It needed to be translated and made accessible.

It’s important to package a message in a way that’s effective but not confrontational. Storyteller Michael Margolis taught me that “you cannot influence and judge at the same time.” We’re shedding light on a problem: When we treat PTSD but fail to treat moral injury, we miss opportunities for healing…and veterans are dying because of it. If I were to pose the problem outright, some of my audience would be put on the defensive. It feels confrontational and competitive.

Instead, we take the message, wrap it in art, and tell it with music, movement, and poetry. It tends to be a better approach. It connects with all different kinds of audiences because it’s human and emotional.

“So much of the research on moral injury is hidden, buried in academic texts. It needed to be translated and made accessible.”

Where did you do the first performance?

Our first show was at an annual military social work conference in Austin. I brought an actor and dancer, Ray Matsamura. Most everyone loved it, there was lots of crying and lots of people who were moved. It surprised people.

After the Austin performance, did you know where you would take the project next?

Our long-term vision is to scale this approach outside of the veteran population, so that informed our next couple of venues. We first needed to validate the concept methodology and presentation. We got to do that in January 2018 for an audience connected to the juvenile justice system. This time, we delivered a structured improv on the concept of moral injury through the veteran lens. It was me, Ray, and two women playing guilt and shame. In May 2018 we expanded the program to deliver it for a professional development conference for 700 educators and clinicians.

How was the performance received by a non-military-affiliated audience?

The educators really connected to it and saw parallels with their work with children struggling with both trauma and moral injury. That’s what we wanted— to test that it was relatable and well-received outside the veterans’ sphere, even though it’s through the veteran lens. And it was. We got good feedback, and people saw their students reflected in the performance.

Once you had that proof of concept, what was next?

I was done. It was tiring; both the project management portion and the emotional portion took their toll. I didn’t want to do it anymore. Then a friend approached and asked me to do it all over again. I agreed to do it, and “V” (retired Army Colonel and veteran advocate Mirtha Villareal-Younger) took up the responsibility of project managing it. And pieces started falling into place.

For example, V and I met one dancer, Simba Woods, while checking into a hotel. We were chatting while he was checking us in, and we found out he was a dancer. When we told him what we were doing he wanted to be involved. Two more performers—Rachel Brodeur and Cara Maitico, a ballerina and a yogi—we connected with by happenstance in LA. Our band includes musicians from the worship arts team that plays at church. Then, our vocalist introduced us to a studio producer who could arrange and record the music that serves as our soundtrack.

Can you tell me how all the pieces—the music, dancing, and story—come together?

Structure-wise, we’re going to start by looking at the concept with a broad, spiritual lens; then we’ll neck it down to the community level, individual level, then expand it back out. We’ll be framing the numbers with academic instruction and didactic posture. I’ll deliver the research and statistics as Dr. Lipana while the audience follows the emotional arc of the musicians, dancers, and spoken word artist. It’s a left-brain, right-brain experience. And it’s meant to be experienced live and collectively.

“It’s a left-brain, right-brain experience…it’s meant to be experienced live and collectively.”

What was the creative process like? What came first?

First, I chose the music and gave the reasoning and meaning behind each song selection to the musicians. They are amazing and really ran with it. Brian Steckler, our composer and arranger, created the arrangements and did an incredible job.

Then, we gave the music to the dancers. The dancers choreograph the movement, and I direct and explain the attributes of moral injury that they’re portraying, like guilt, shame, isolation, and loss. The dancing is very kinetic—it’s depicting a struggle—and the dancers weren’t sure how to end one of the pieces. But then, it clicked. They said, “watch this,” and ended the piece with Ray, who portrays our veteran, on the floor; the other dancers are over him, close, but not touching.

I understand you also have a string section?

Yes, our first string section came from Inner City Youth Orchestra Los Angeles. Oakland Youth Symphony will be participating for our November 12 show. We’ve also got Dr. Annalisa Enrile who will perform spoken word, acting as a Greek chorus and bringing the audience into the scene.

What other partnerships have you pursued to support the project?

This time around, V is handling the project management piece, and she’s been building partnerships to support Quiet Summons. We’re fortunate to partner with the California Office of Emergency Services, who shared what we’re doing with their tribal liaison; when tribes learned what we were doing they sponsored. We’re also proud to have Reed Smith, LLP as a funding partner. We’re grateful to have the support of Disabled American Veterans (DAV) Department of California. Havok Journal is covering the process and event and has sponsored a videographer to film it. PsychArmor Institute will help us share the message via their platform. Martin Kuz from Christian Science Monitor is also covering the event. None of this would have been possible were it not for my close veteran friend Alex Arnold who resourced our largest expansion of the artistry.

If you’d like to attend “Quiet Summons,” tickets are available here; if you’re not able to get to Sacramento for the performance, we’ll link to Havok Journal’s video coverage once it’s published.