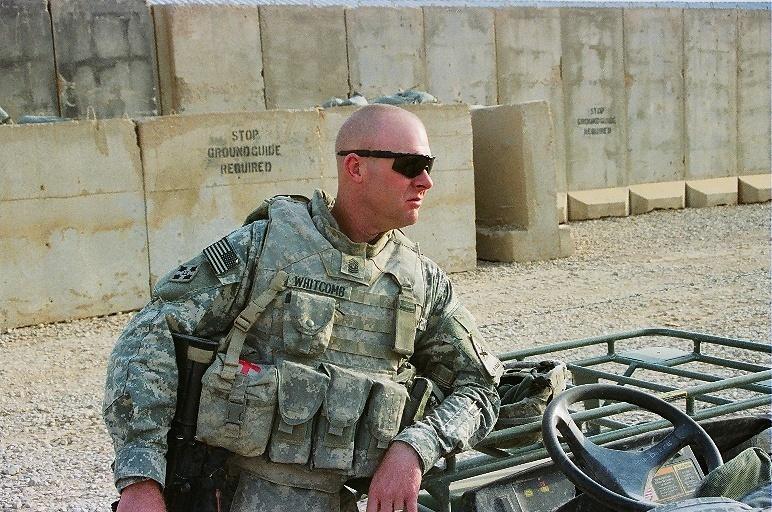 Food insecurity comes with a substantial price tag. Not only is it compromising the health and welfare of millions, but the CDC also estimates that it costs taxpayers almost $53 billion annually in excess health care expenditures. We know veterans can be particularly impacted by this issue. The Bob Woodruff Foundation (BWF), with generous support from Craig Newmark Philanthropies, is working to address food insecurity for service members, veterans, and their families.

We know that food insecurity has become a national crisis. But it may be surprising to some that current service members, those actively working to protect our nation, are often facing these same challenges. In a recent report, Blue Star Families found that “14% of enlisted active-duty family respondents reported food insecurity.”

Keith R. Whitcomb, retired Command Sergeant Major, and now Director of Development Operations at BWF, served for over 32 years in the Army. During that time, Whitcomb experienced a firsthand view of how food insecurity impacted those under his charge.

“The unfortunate reality is that a young soldier’s pay is often not enough to ensure their family has the resources to thrive,” Whitcomb explained. “Most often, it’s a fact that many of our junior enlisted soldiers and their family qualify for food stamps, now known as SNAP benefits.”

“You can’t feed a baby with pride.”

Whitcomb knows that true leadership requires a sharp focus on the mission at hand, but it also needs something else—ensuring the welfare of those under his command.

“You have to know your soldiers, and what is going on in their lives,” Whitcomb said. “It’s about caring.”

Asking for help can be difficult and accepting government assistance often comes with an unwanted stigma. Whitcomb feels this stigma is extremely difficult for service members to endure. After all, they are working full time to protect their country and probably never expected to rely on food assistance.

“This is especially tough for young soldiers to embrace, they aren’t looking for a handout, and for the most part, my experience has shown that most will initially refuse any assistance almost every single time,” Whitcomb said. “This was unacceptable to me, and I consistently told my young soldiers and their immediate supervisors that ‘you can’t feed a baby with pride.’ This usually resonated with them.”

Whitcomb knows that the best path toward success means leaving as little as possible to chance, even when it comes to making sure his soldiers and their families were getting the access to the nutrition they needed.

“I then took the decision out of their hands and told their immediate supervisors to help them apply for and gain benefits, that ‘it wasn’t optional, it was an order,’” Whitcomb said.

“And while a tough pill for most soldiers to swallow, the end result was a family that had reduced burdens concerning food and the rest of their finances, resulting in reduced stress on the family and a higher-performing soldier that could better focus on the accomplishment of their mission.”