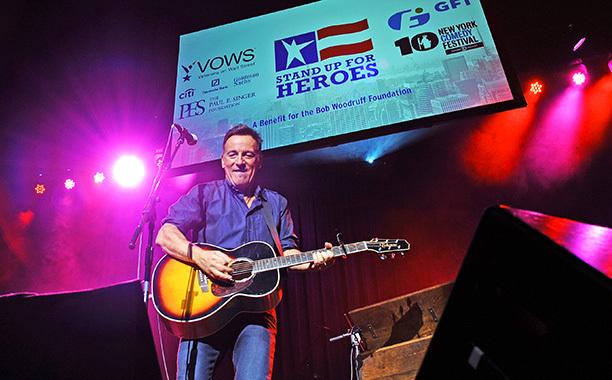 Springsteen proceeded to tell three dirty jokes that might not have made the cut for the comedy legends in the wings, but he told them with such relish that the crowd couldn’t help but laugh.