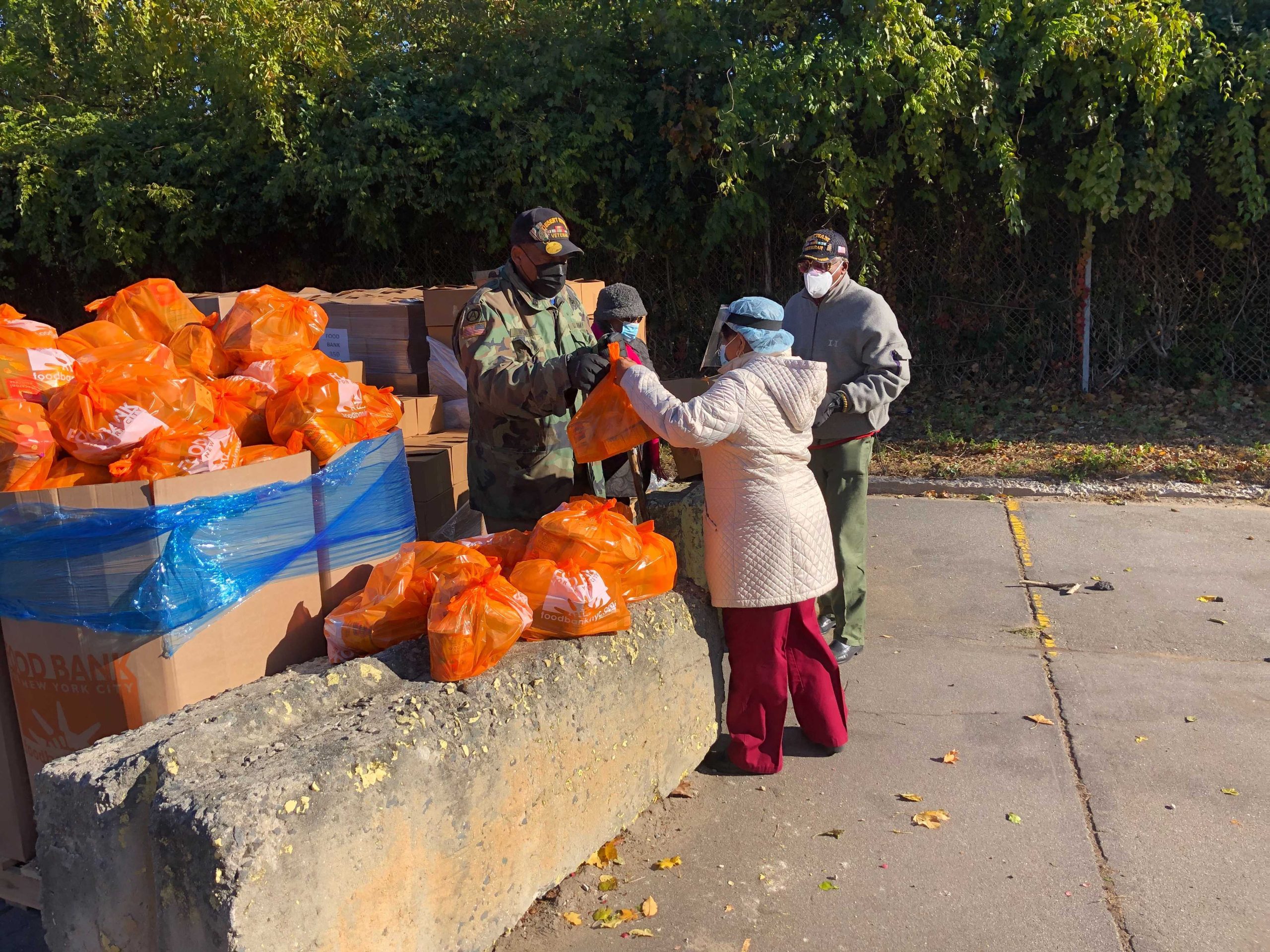 Food insecurity for our veterans is never acceptable, but it is especially egregious during the holiday season.  With the support of Craig Newmark Philanthropies, The Bob Woodruff Foundation (BWF) has been working with Food Bank For New York City (FBNYC), to make sure veterans in the area don’t have to worry about putting food on their tables.

This week, we joined FBNYC for a food distribution event in the St. Albans neighborhood of Queens. Those who attended received large boxes of fresh produce and bags full of non-perishable items. The bags included many healthier options than typical canned food, including low-sodium products and almond milk.

The event had a true community feeling that was palpable. Students from a local high school volunteered their time and helped load food into cars. Queens Borough President Donovan Richards Jr. was also at the event and thanked organizers for their efforts.

The location for the distribution was carefully selected by the event’s organizers.

“Our intention was to focus our efforts on a place veterans are familiar with,” Dr. Camesha Grant, Vice President of Community Connection and Reach at FBNYCsaid of holding the distribution event at the St. Albans VA. “Helping veterans and their families is always what we strive to do and being able to give back to those who give so much to our country feels special. It’s great to be able to work together with the Bob Woodruff Foundation during the holiday season.”