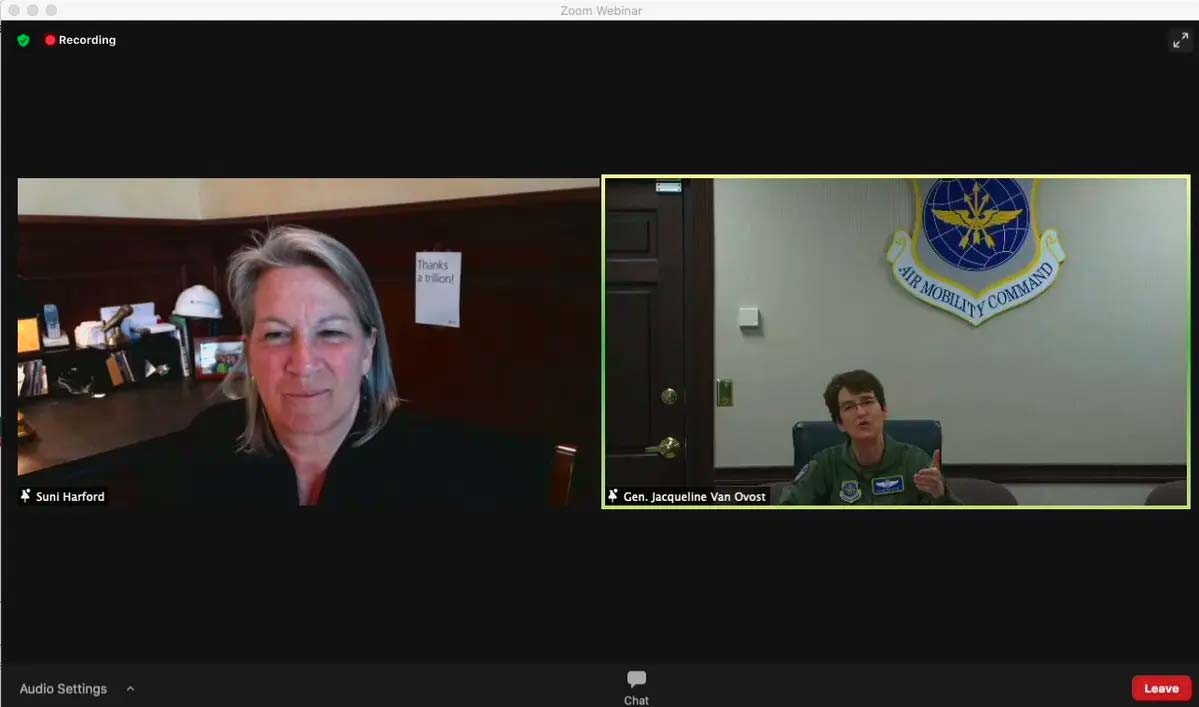 Recently, to celebrate Women’s History Month, the UBS Veterans Network, in partnership with Veterans on Wall Street (VOWS) and the Bob Woodruff Foundation (BWF), held “Flying High,” a live fireside chat with General Jacqueline Van Ovost, Commander, Air Mobility Command from the Scott Air Force Base in Illinois. General Van Ovost is a highly decorated service member with over 4,000 flight hours and is a staunch advocate for women as well as equality both in and out of the Armed Forces.

BWF CEO Anne Marie Dougherty provided opening introductions and then handed the microphone over to BWF board member Suni Harford, President of UBS Asset Management and a member of the UBS Group Executive Board.

During the event, Van Ovost described her inspiring story and career. She was initially prohibited from piloting fighter jets but persevered and eventually became a Four-Star General.

General Van Ovost has been pushing for all voices to be heard in the military and would like to see more inclusion in order to field a wide range of views.

“I can help shape the policies and the guidance so we don’t inadvertently steer talent away because of some outdated policies,” Van Ovost said. “We can’t continue to think the same way and expect a different outcome.”

You can view the entire event by clicking below.

Got Your 6
VOWS
Previous
|
Next