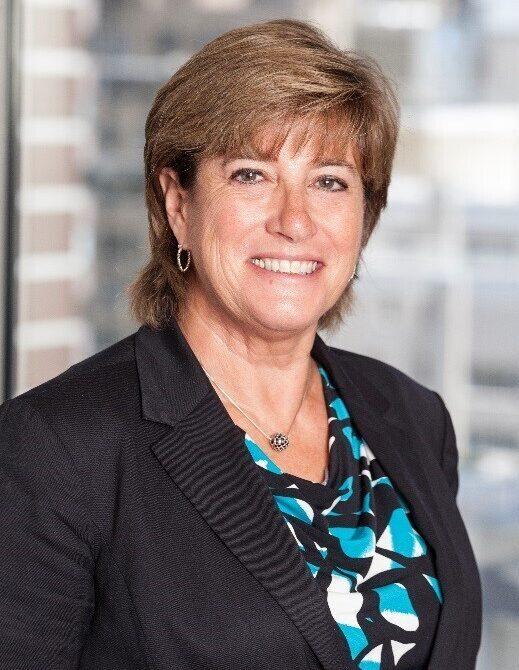 Although we celebrate International Women’s Day on March 8 and women’s history for the entire month, women are impacting positive change every day of the year. In the workplace, women help organizations increase revenue, serve as better mentors, and even acquire higher levels of education than their male counterparts. The Bob Woodruff Foundation has been benefiting from women in leadership roles since our inception. Throughout the month we will be featuring stories on women who have helped lead the foundation and find out what they have to say on issues including empowerment, mentorship, and gender equality.

Ruth Christopherson is currently a Senior Vice President for Community Investment and Development for Citi. But this is just the latest in a long list of impressive titles she has held. Christopherson served in the military for over 30 years and was the first woman to hold the position of chief of staff for the South Dakota Air National Guard.

Although the former Colonel is officially retired from the military, she is using her position at Citi to continue serving, now in the form of helping veteran communities. Christopherson is responsible for overseeing national veteran programs. She also manages community development projects in South Dakota focused on economic development and financial education. She has demonstrated a particular passion for providing affordable housing and knows successful transitions for veterans start with the foundation of a solid home.

She has made significant impacts both at Citi and also through Veterans On Wall Street (VOWS), an initiative dedicated to empowering former and current military personnel by linking them to career and business opportunities in the financial services industry.

As a woman, Christopherson faced questioning and scrutiny regarding her service especially early on in her career. However, her passion for military service kept her motivated and she continued to serve for several decades.

“It is on the shoulders of women who came before us that allow us to succeed, challenge the status quo, and continue making important changes in our world.”

Christopherson’s success as a leader in multiple venues makes her a perfect example of how women can lead effectively. Unfortunately, it often seems that women in leadership face a different set of criteria than men. When women take initiative, they’re often referred to as “bossy,” and are expected to adjust their approach. In many cases, similar behavior from a man may be viewed as “assertive” and be applauded.

“Being empowered is not having to apologize for being strong, forthright, or letting your intelligence shine,” Christopherson said. “It is about being judged by your contributions, not by your sex, race, or where you choose to live and thrive.”

Christopherson views her mother as her greatest mentor and was able to see her through multiple lenses while growing up— as a successful performer and as someone who chose to exit that career to focus on raising her children.

“She had a very successful singing and television career when she met my Dad,” Christopherson said of her mother. “She achieved her success through her God given talent and by meeting challenges head on, never giving up regardless of the obstacles of a woman on her own, following her career among men in leadership positions. Her decision to ultimately leave that career and focus on family wasn’t easy, but it was the calling she chose and did exceptionally well.”

Christopherson’s mother is still living life on her own terms.

“At 92 years of age she is still extremely independent, living alone, driving and active on the internet,” Christopherson said. “I hope to be half the woman she is should I live to be the amazing age of 92!”

Being raised by an independent woman seems to have helped Christopherson embrace the challenges she would face in life.

“Challenge is a good thing. It allows us to consider options, look at problems from not only our expertise, but from the viewpoint of others.”

As the organization International Women’s Day states, from challenge comes change. Challenging outdated gender norms has led to meaningful shifts for women in the general workforce and in the military.

“Women now can choose any career field, achieve the highest ranks, and take greater risks in pursuing their path. It is on the shoulders of women who came before us that allow us to succeed, challenge the status quo, and continue making important changes in our world.”