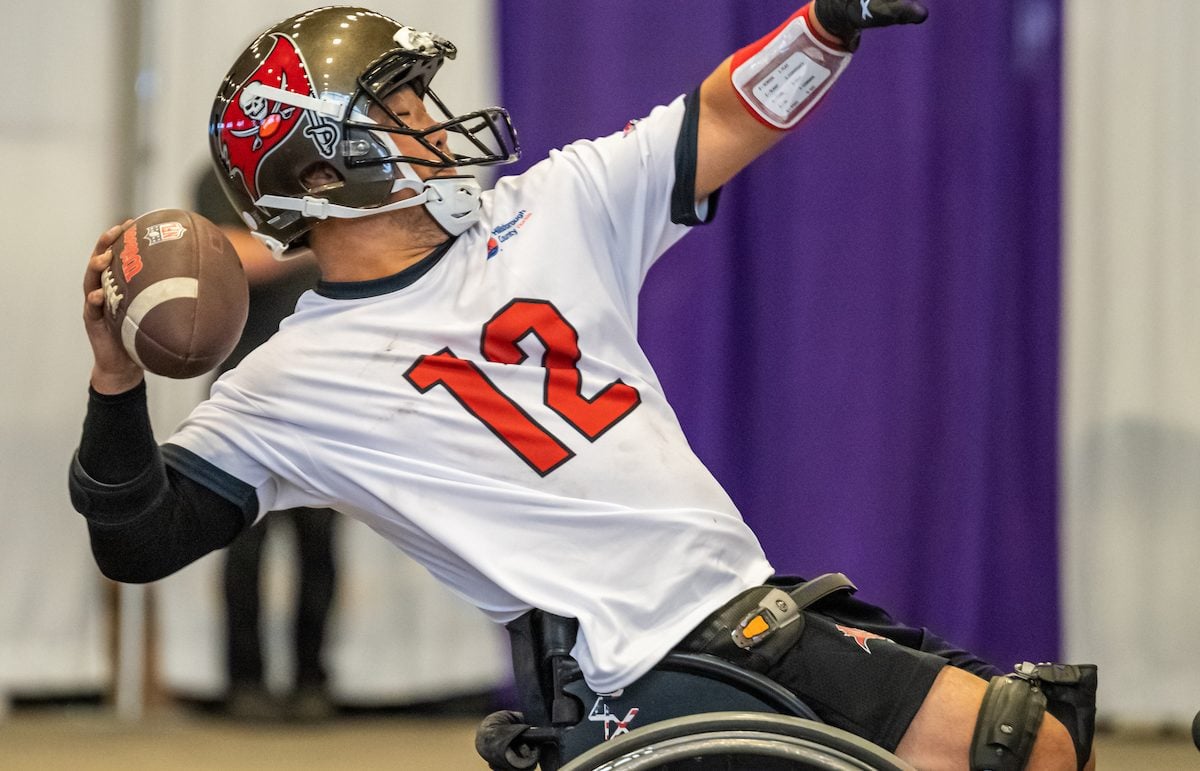 The NFL was not the only football league to kick off over the weekend. The USA Wheelchair Football League (USAWFL) hosted its inaugural tournament in Phoenix. Move United, with a major assist from the NFL-Bob Woodruff Foundation (BWF) Healthy Lifestyles and Creating Community grant, was able to launch the first ever wheelchair football league. The league provides an opportunity for adults with physical disabilities, including veterans, to participate in America’s favorite sport. Through its support of the USAWFL, the NFL continues its Salute to Service initiative, a year-round effort by the league to honor and empower veterans and their families.

Seven teams and close to 90 players competed in USAWFL’s first tournament. Overall, more than 200 participants were in attendance including coaches, volunteers, and referees. Just like their NFL counterparts, the tournament’s championship game saw Kansas City facing off against Tampa Bay. But unlike Superbowl 52, Kansas City was victorious and has been crowned the first-ever USAWFL Tournament champions.

Although Kansas City became champions over the weekend, everyone involved is experiencing a winning feeling.

“Everyone was so excited to be participating, and I can’t thank BWF and the NFL enough for their support of this project,” Karalyn Stott, Program Manager and Chief Financial Officer at Move United told BWF. “It has been so wonderful to see this sport come to life over the last two years.”

Wheelchair football is a high-octane sport requiring intense training and skill. While a 4.4 second 40-yard dash is an impressive time for an NFL player, USAWFL players can clock in at under four seconds.

You can see how fast these players are moving below.

The league represents a lot more than just a series of football games. For the veterans taking part in the USAWFL, being a member of a team helps them develop meaningful connections with other veterans and members of their community.

“We’re grateful to have partners like the NFL and Move United,” said Anne Marie Dougherty, Chief Executive Officer of the Bob Woodruff Foundation. “Veterans are our friends, neighbors, and colleagues; when they thrive, our communities thrive.” The USAWFL’s next tournament is scheduled to take place in Kansas City from October 30-31, and we can’t wait to see the players suit up again!