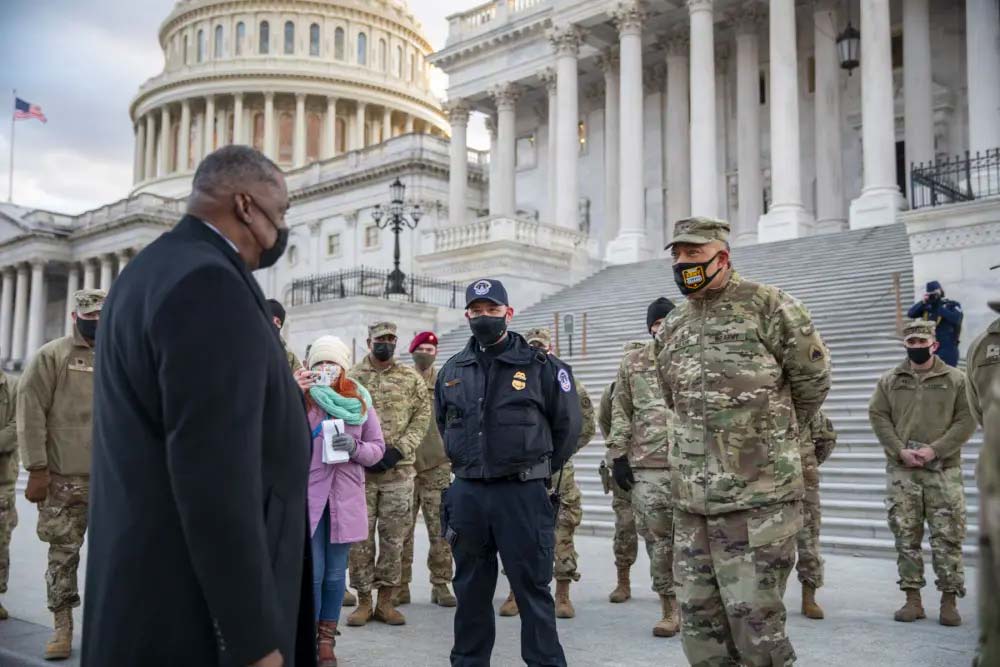 The Bob Woodruff Foundation would like to recognize a truly historic moment. Recently, Lloyd Austin, a retired four-star Army general, made history after being confirmed as the 28th Secretary of Defense by the U.S. Senate. Making history has become a bit of a habit for Secretary Austin. Among his many firsts, he was the first Black general to command a United States Army division in combat.

“It’s an honor and a privilege to serve as our country’s 28th Secretary of Defense, and I’m especially proud to be the first African American to hold the position,” Secretary Austin said on Twitter. “Let’s get to work.”

Secretary Austin was confirmed by an overwhelming 93-2 majority vote and will now set out to implement his ambitious agenda. Secretary Austin is expected to review the Pentagon’s planned COVID-19 response with the goal of streamlining the process and helping ensure that vaccines are distributed efficiently and safely. He is also focused on guaranteeing that necessary military personnel also receive the vaccine so they can continue to do their job safely. Secretary Austin will also be tasked with making sure that the needs of veterans and former service members are met— a goal shared by the Bob Woodruff Foundation.

The defense secretary has wasted little time in getting acclimated to his new role. He has been reviewing and weighing policy changes in several areas and has already met with defense officials in a host of countries including Italy, Israel, India, Germany, France, Canada, and more.

The Bob Woodruff Foundation was fortunate enough to attend a recent listening session with military families on the impact of COVID-19. Secretary Austin was also in this session. As Anne Marie Dougherty, Chief Executive Officer of the Bob Woodruff Foundation said at the event, we are “committed to deepening and formalizing our partnership with the Department of Defense.”

Secretary Austin is an inspirational figure working in public service. As we celebrate his confirmation and Black History Month, we look forward to seeing how his leadership will not only impact the Department of Defense but the nation as a whole.

Got Your 6
Previous
|
Next