Making an Impact in the Compton Community | Bob Woodruff Foundation 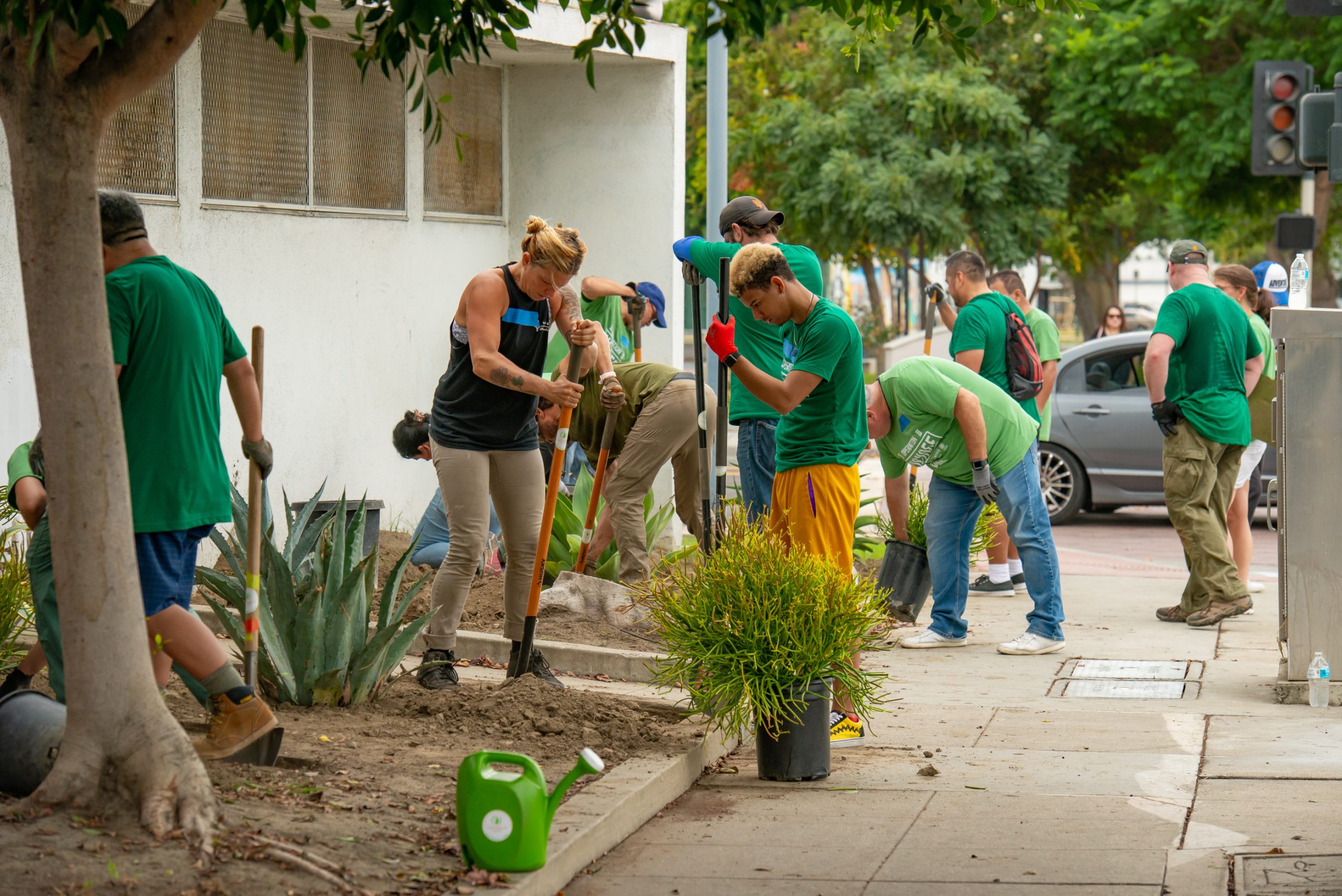 Making an Impact in the Compton Community

With the renewal of the National Football League (NFL)-Bob Woodruff Foundation Salute to Service partnership, our organizations ushered in the NFL 2022 season with Operation Kickoff, a community service project in Los Angeles. BWF grantee The Mission Continues organized an effort to enhance the Compton, California VFW Post 5394. Reigning Super Bowl Champions the LA Rams, community organizations, and local volunteers rolled up their sleeves and joined us.

In 1965, Black veterans returning from the Vietnam War opened VFW Post 5394. The Post became a safe place for Compton’s growing Black community to gather. In 2016, Sherman Watson, Jr., VFW Post 5394’s commander, implemented a plan to remodel the post with the help of volunteers and community organizations.

On September 10, 2022, over 60 volunteers gathered to bring Watson’s vision to life by transforming VFW Post 5394. We welcomed volunteers from current and former NFL-BWF grantees in Los Angeles. These included The Mission Continues, Move United, People Assisting the Homeless, U.S.VETS, WoVeN, and other organizations including NFL Green, Verizon, UCLA, and CultivaLA. In addition, LA Rams cheerleaders, representatives, fans, and community members participated. The group planted garden plots around the perimeter of the building. They also put down new flooring in the computer room, and painted indoors. Professional artist Sergio D. Robleto also created an impressive mural that adorns the exterior of the building. The mural celebrates the achievements and contributions of local African American veterans to the US military.

“I chose this event because it is close to my heart,” said Robert Delpino, former LA Rams running back (1988-92). “My father was a veteran of the Navy, and my brother was a veteran of the Marines. When I heard about this, I knew I needed to be a part. I love the Rams community.” Former LA Rams wide receiver Harold Jackson (1968, 1973-78) who served in the National Guard for six years was on site. Lucious Smith, a cornerback for the Rams (1980-82) and whose father served in the Navy for 20 years, also participated.

Former Marine Corps Corporal Bart Salgado, who helped build the USA Wheelchair Football League and played on the 2021 Championship team also lent a helping hand at the Salute to Service project. “I needed to come out to show support to the veterans themselves. I also wanted to support The Bob Woodruff Foundation and NFL for everything they do for our league,” he stated. Move United launched its first wheelchair football league with support from the NFL-Bob Woodruff Foundation (BWF) Healthy Lifestyles and Creating Community grant.

“We extend our sincerest thanks to our partners at NFL Salute to Service and The Mission Continues. They remind us of the power of uniting in service. We are inspired by the efforts to create a meaningful opportunity to bring together our LA-based partners as we celebrated the new NFL season,” said Kelly Clark, Bob Woodruff Foundation Chief of Staff.

Salute to Service is the NFL’s year-round effort to honor, empower, and connect our nation’s service members, veterans, and their families. It is grounded in deep partnerships with nonprofits and organizations that support the US military community.

For questions about the NFL-BWF partnership, visit the program page.