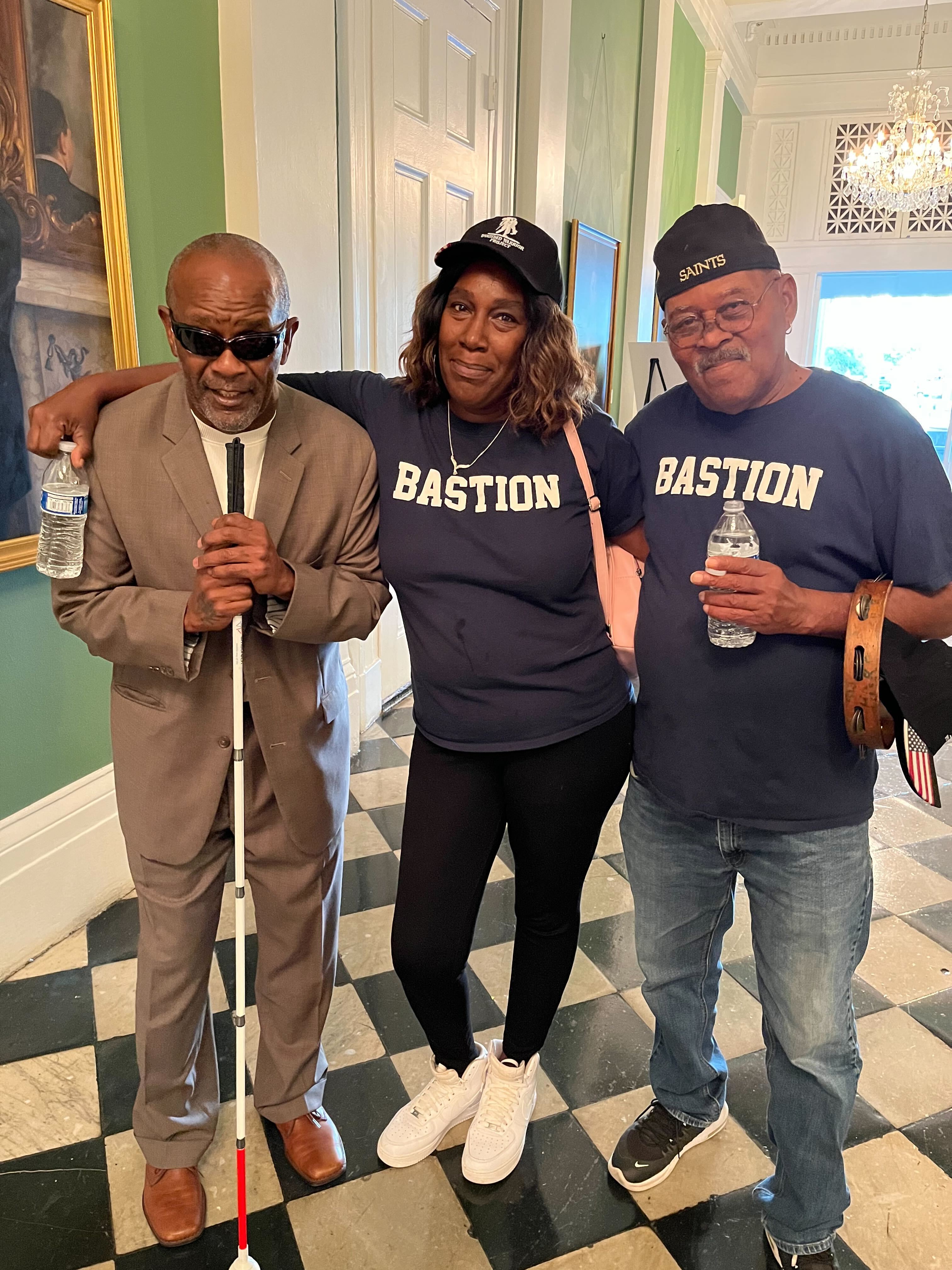 Exploring the Military Experience through Art

On Veterans Day 2022, our Got Your 6 Network partner, Bastion Community of Resilience hosted its inaugural Veterans Experience Project. With support from the Bob Woodruff Foundation, the Bastion team created the event to highlight the experience of service members after returning to civilian life. Guests participated in interactive exhibits, created art, attended panel conversations, and spoke with community representatives who work with veterans. The event coincided with Bastion’s 10-year anniversary.

Changing lives for the better

According to Bastion founder and executive director Dylan Tête, “the Veterans Experience Project is about connecting the public to veterans and building a broader sense of community that bridges the military-civilian divide.” An Army veteran, Tête added that while Veterans Day events typically honor veterans and their service to this country, the events don’t always make a lasting impact on civilians.

Slipping into the boots of military veterans

Master of Ceremony Jimmy White, a Navy veteran and friend of Bastion, welcomed guests to New Orleans’ historic Gallier Hall. where the event took place. “Today is not a showcase. We are here to celebrate community, love, and healing,” he shared.

The public was invited to “slip into veterans’ boots” and understand their experiences through different mediums. Attendees mingled with performing and studio artists, photographers, journalists, authors, filmmakers, including

Veterans from the Bastion community participated in panels, and shared their stories of deploying, transitioning to civilian life, and finding their way to Bastion and healing. Event organizers screened We Are Not Done Yet, an HBO award winning documentary. The film follows 10 veterans crossed paths at Walter Reed National Military Hospital. There, they participated in a USO-sponsored arts workshop to combat their traumatic histories through the written word.

For event attendees who were interested in community services available to veterans, representatives from local organizations were on hand, including The Wounded Warrior Project, Southeast Louisiana Veterans Healthcare System and Imagination Veterans.

On the ground at Bastion

Coast Guard veteran Belard Ernest has been a Bastion resident for six years. Bastion changed his life for the better. Blind for the past 18 years, Belard shared that his Bastion experience has helped instill in him courage and independence. Admittedly it took time for him to buy into the program, and once he trusted the staff, he felt comfortable and at home. “[I’m] proud to be a resident of Bastion because here I am!,” he exclaimed. His joy is felt through his infectious smile.

Celebrating the 2022 Veteran of the Year

New Orleans Mayor LaToya Cantrell concluded the day by presenting John Boerstler with the 2022 Veteran of the Year Award. The Award recognizes and honors an exceptional veteran who demonstrates a commitment to public service. A native Texan and Marine Corps veteran, John is Chief Veterans Experience Officer at the Department of Veterans Affairs and helped found the Lone Star Veterans Association which became the largest network of post-9/11 veterans in Texas.

Impacting veterans throughout Louisiana and Mississippi

Bastion is a one-of-a-kind community. With investments from the Bob Woodruff Foundation, Bastion has operated

Through these efforts, Bastion has impacted 700 individuals throughout southeast Louisiana and coastal Mississippi. This has resulted in increases in post-traumatic growth for a predominately low-income, African American, veteran population, and in independence in a severely disabled post 9/11 veteran cohort.

In the words of Bastion resident Jessica Edwards, “We care. There is hope. We need more Bastions! Learn more about the Bob Woodruff Foundation’s partnership with Bastion.