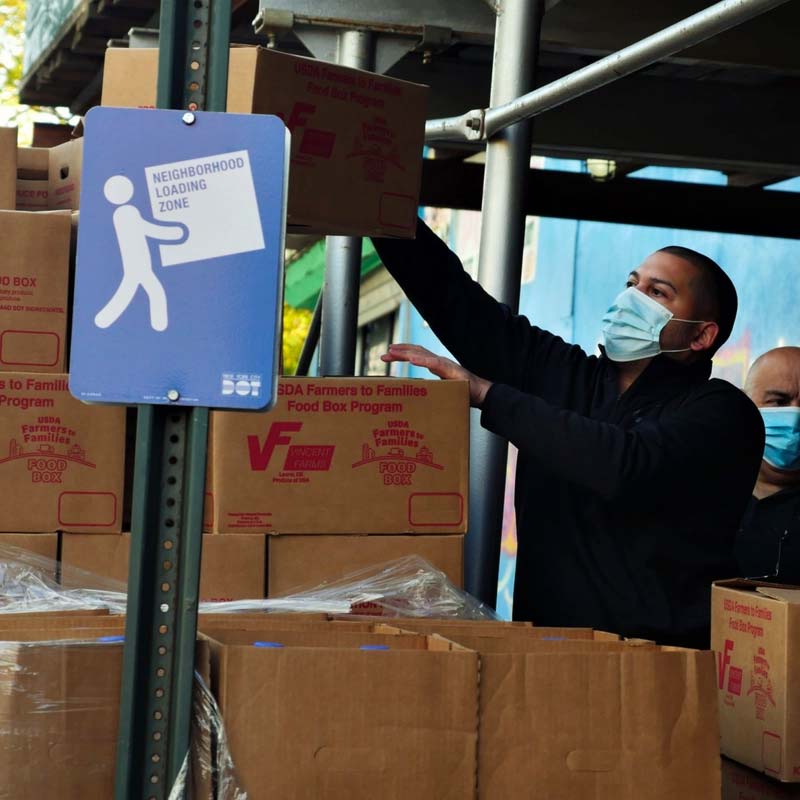 Join the Bob Woodruff Foundation and a panel of experts for an introductory discussion focused on defining food insecurity.

Food insecurity is a complex and growing problem in the military/veteran community. To solve a problem, we first need to understand it. That’s why the Bob Woodruff Foundation (BWF), in partnership with Craig Newmark Philanthropies, is assembling experts for Leaders Eat Last, a panel series designed to raise awareness, build understanding, and identify challenges and solutions.

In this panel, we’ll focus on the difference between food insecurity and hunger, the prevalence of food insecurity in military and veteran communities, the systems that influence these issues, and where the current breakdowns occur within those systems

The panel will be be moderated by Bob Woodruff, ABC News correspondent and co-founder of BWF. The panel will be opened by BWF Chief Executive Officer Anne Marie Dougherty, and features Chief Program Officer Margaret “Meg” Harrell, Ph.D. in the role of discussant.

Molly Jahn is a professor at the University of Wisconsin-Madison, currently on loan to DARPA where she works on resilient critical infrastructure and food systems. Her research groups at UW Madison and Cornell University have produced dozens of vegetable varieties grown commercially and for subsistence around the world. Her creative approaches to inter-sector partnerships to deliver the full range of benefits to those who face greatest need have been widely highlighted in the academic and popular press.

Kathryn Monet is the Chief Executive Officer of the National Coalition for Homeless Veterans. In this role, she focuses on the execution of NCHV’s strategic policy and technical assistance agenda, and on expanding NCHV’s strategic partnerships to more effectively end veteran homelessness. Kathryn has spent over a decade in the public and nonprofit sector working to address housing instability and homelessness among veterans. Prior to joining NCHV, she was with the National Alliance to End Homelessness focusing on the promotion of data-driven, evidence-based interventions to end homelessness, particularly among veterans.

Kathryn also was involved in veteran homelessness in a legislative capacity during her time at the Senate Committee on Veterans’ Affairs. She earned a Masters of Public Administration from Villanova University and a Bachelor of Science in Diplomacyand International Relations from Seton Hall University. Kathryn currently serves on the VA Advisory Committee for Homeless Veterans and the US Vets DC Advisory Council.

Shannon Razsadin is the president and executive director of the Military Family Advisory Network (MFAN), an active duty Navy spouse, and mom of two toddlers. MFAN was founded in 2013 to fill a persisting gap in the military community: the inability to quickly and effectively understand the needs of modern military families and connect military families to the resources they need to thrive. Under Shannon’s leadership, MFAN has become a premier, respected nonprofit leader in a crowded and sometimes confusing network of military and veteran service organizations.

Shannon was selected through a competitive process to serve as one of three civilian advisors to the Secretary of Defense on the Military Family Readiness Council, and is regularly called on by national and local media to weigh in on military-related topics, including CBS, NBC, CNN, and FOX. Shannon serves on multiple advisory boards and councils, and in 2020 she was recognized by We Are The Mighty as a “Mighty 25,” for the impact she has made on the lives of military and veteran families.

Shannon’s leadership, authenticity, fresh approach, and focus on collaboration have enabled her to earn the trust of military families and leaders within the public and private sector who seek advisement on the evolving needs of the modern military family. Shannon, her husband, and their children live in Newport, Rhode Island.

Kathy Roth-Douquet is an advocate for the role of the military in civil society; she is an author, nonprofit leader, attorney, and former government official. Kathy is the CEO of Blue Star Families, the largest Chapter-based nonprofit organization serving active duty of all branches, Guard and Reserve, wounded, and transitioning veterans and their families. Blue Star Families mission is to strengthen military families and our nation by connecting communities and fostering leadership to millions of people.

Kathy Roth-Douquet received her B.A. from Bryn Mawr College, her MPA in International Affairs from the Woodrow Wilson School at Princeton University where she held a Woodrow Wilson Fellowship, and a JD from the University of San Diego School of Law, Magna Cum Laude and the Order of the Coif. While serving at the Pentagon as Principal Assistant Deputy Under Secretary of Defense (Acting) she received the Secretary of Defense Medal for Outstanding Public Servicefor her work on defense reform. She is also a recipient of President George H. W. Bush’s Daily Point of Light Award, and most recently received the Chief of Staff of the Army Outstanding Civilian Service Award.

Kathy is a commentator on patriotism, civil-military affairs, the value of service, and the experience of military families. She has appeared on the Today Show, Fox and Friends, CNN, NPR, has been a frequent contributor to USA Today, and is a frequent public speaker. She is an author, most notably of “AWOL: The Unexcused Absence of America’s Upper Classes from Military Service and How it Hurts Our Country” (Collins, 2006). She is a practicing attorney, a member of the Small Business Association Advisory Board, and is Co-chair of the Bipartisan Policy Center Defense Reform Task Force. She is a military spouse of 18 years, four deployments, and 9 moves. She lives with her husband and two children in Northern Virginia.