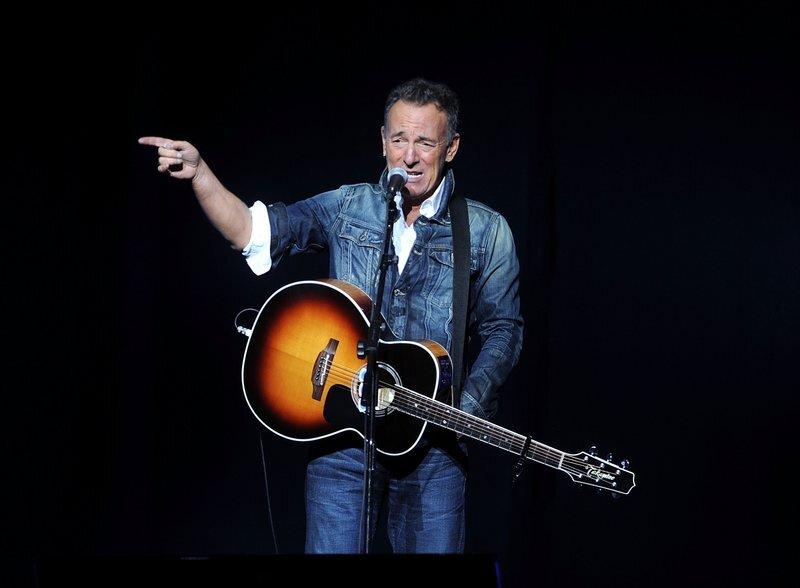 Springsteen, a vocal critic of several White House policies, avoided politics completely at the Stand Up for Heroes show, instead offering a few off-color jokes and four songs, including “Dancing in the Dark,” ″The Hard Land” and “If I Should Fall Behind” with his wife, Patti Scialfa.

The Boss, in jeans, a white shirt and a jean jacket, was returning to the event now in its 12 year, having been the musical guest since the beginning. Last year, the Red Hot Chili Peppers took his spot as he worked on his one-man “Springsteen on Broadway.”

Stand Up for Heroes is co-presented by the Bob Woodruff Foundation and the New York Comedy Festival. It kicks off the festival and raises money for the Woodruff foundation, which funds programs for injured veterans and their families. The foundation is named for the ABC news anchor injured in Iraq in 2006. It raised over $5.4 million at the event, held at the 6,000-seat Hulu Theater at Madison Square Garden.