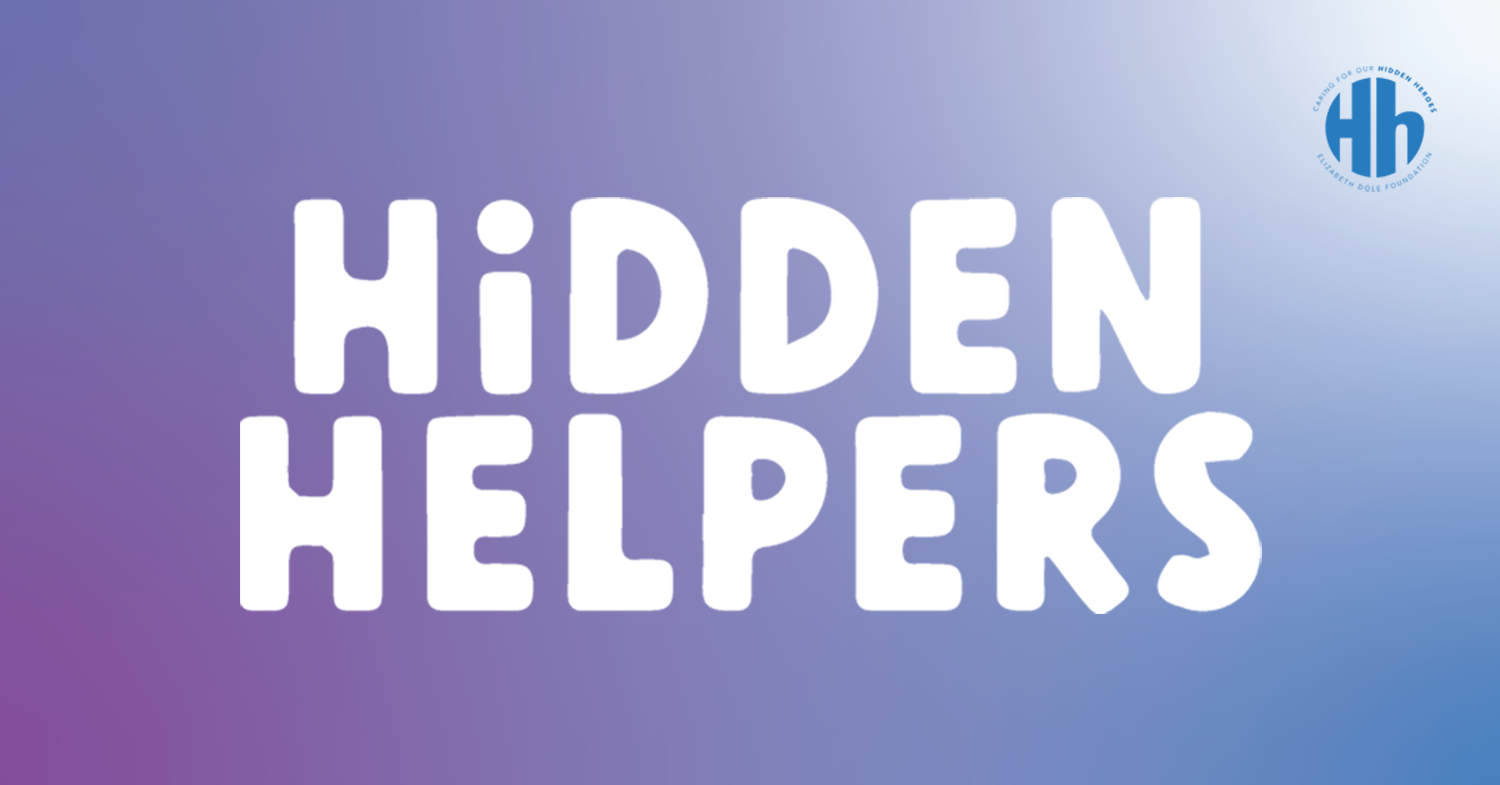 A successful transition from the military to civilian life requires a strong network of support. At the heart of this network is family, especially those who act as caregivers to returning veterans. That is why the Elizabeth Dole Foundation (EDF) and Wounded Warrior Project (WWP), with the support of more than 50 public and private organizations, including The Bob Woodruff Foundation, have launched the Hidden Helpers Coalition (HHC). This campaign complements EDF’s “Hidden Heroes” campaign and is specifically aimed at supporting the more than 2.3 million children who provide caregiving services for their military parents.

Serving as a caregiver is a heavy burden for anyone, especially children. But just how much do we know about the impact caregiving has on children? In 2017, EDF commissioned a RAND study to analyze the existing research and concluded that there was a lack of reliable data out there examining this issue. Since then, EDF has been bringing leaders in the military and veteran community to learn more about the needs of military children who help provide care for family members.

Understanding this issue is particularly important to the fabric of BWF, especially Co-Founder Lee Woodruff.

“My children were so important to my husband Bob’s recovery,” Lee Woodruff, said. “We need to support caregiving children in all families and that is why the Bob Woodruff Foundation is a proud member of the Hidden Helpers campaign.”

EDF has released a new report that describes the needs of these “Hidden Helpers.” The report’s recommendations include:

“Being a caregiver can be tough, but we’ll learn ways to help,” Gabby said. “My job is to give love and to bring light to my dad’s day.”

In her remarks to those in attendance, Dr. Biden spoke to Gabby, Ava, and the other Hidden Helpers at the event.

“We’re here to thank you for everything you do to help out at home — all the extra chores you take on or the times you watch your brothers and sisters,” Dr. Biden said. “We know you need a break sometimes — and that you need to be around kids and teachers who understand what you’re going through, without needing it explained.”

Click the video below to hear from Noah, one of many of the nation’s hidden helpers for which the Hidden Helpers initiative and its Coalition members will make sure that the challenges and hardships of caregivers kids are not overlooked.