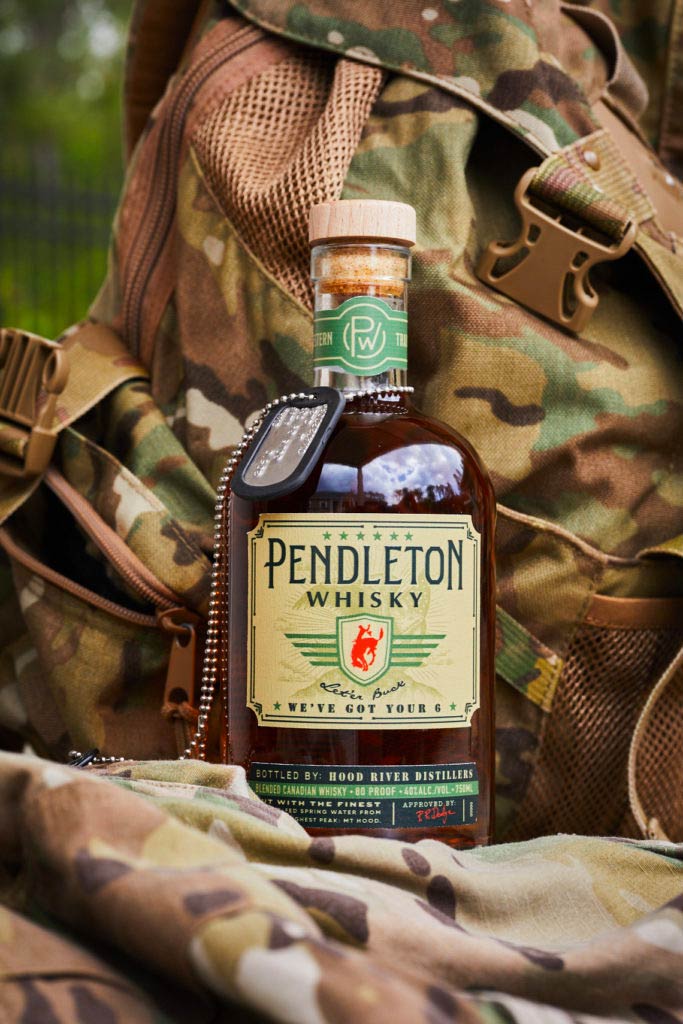 HOOD RIVER, OREGON: Named for the iconic Western town of Pendleton, Oregon and its renowned rodeo, the Pendleton Round-Up, Pendleton® Whisky is committed to carrying on the traditions of the American West and standing with those who defend them. Pendleton Whisky is saluting those who served this Armed Forces Day with the release of its third limited edition Military Appreciation bottle, reinforcing the brand’s commitment to both United States veterans and the great country they protect.

Active military members and veterans of the United States Armed Forces embody the core values of courage, independence, and commitment—the very same values that Pendleton Whisky was created to celebrate. Made to honor those who have served, Pendleton Whisky’s Military Appreciation bottle is the first to benefit the Bob Woodruff Foundation.

“We’ve ‘Got Your Six’ this is the enduring commitment that we make to our veterans and their families, and I’m proud to have Pendleton Whisky standing with us,” said Bob Woodruff Foundation CEO Anne Marie Dougherty. “With Pendleton’s commitment, we have the opportunity to provide the programs and services that our veterans and their families need as they face a range of challenges.”

The Oregon-based whisky brand will release a limited run of the Military Appreciation bottles, which feature Pendleton’s famous red bucking horse and “Let’er Buck” tagline with several military embellishments including the common military term, “Got Your Six,” which means “we’ve got your back.” The bottles, which carry Pendleton Whisky’s flagship Original whisky, known for its smooth taste and cut with glacier-fed spring waters from Oregon’s Mt. Hood, will be distributed where Pendleton Whisky is available around the United States.

About the Bob Woodruff Foundation

The Bob Woodruff Foundation (BWF) was founded in 2006 after reporter Bob Woodruff was wounded by a roadside bomb while covering the war in Iraq. Since then, BWF has led an enduring call to action for people to stand up for heroes and meet the emerging and long-term needs of today’s veterans, including suicide prevention, mental health, caregiver support, and food insecurity. To date, BWF has invested over $80 million to Find, Fund and Shape™ programs that have empowered impacted veterans, service members, and their family members, across the nation, reinforcing the message that BWF has ‘Got Your Six’. Stories of success and innovation from BWF’s network of partners can be found at gotyour6.bobwoodrufffoundation.org. For more information, please visit bobwoodrufffoundation.org or follow us on Twitter at @Stand4Heroes.