After Their Successful First Tournament, USA Wheelchair Football Gears Up for Another - Bob Woodruff Foundation 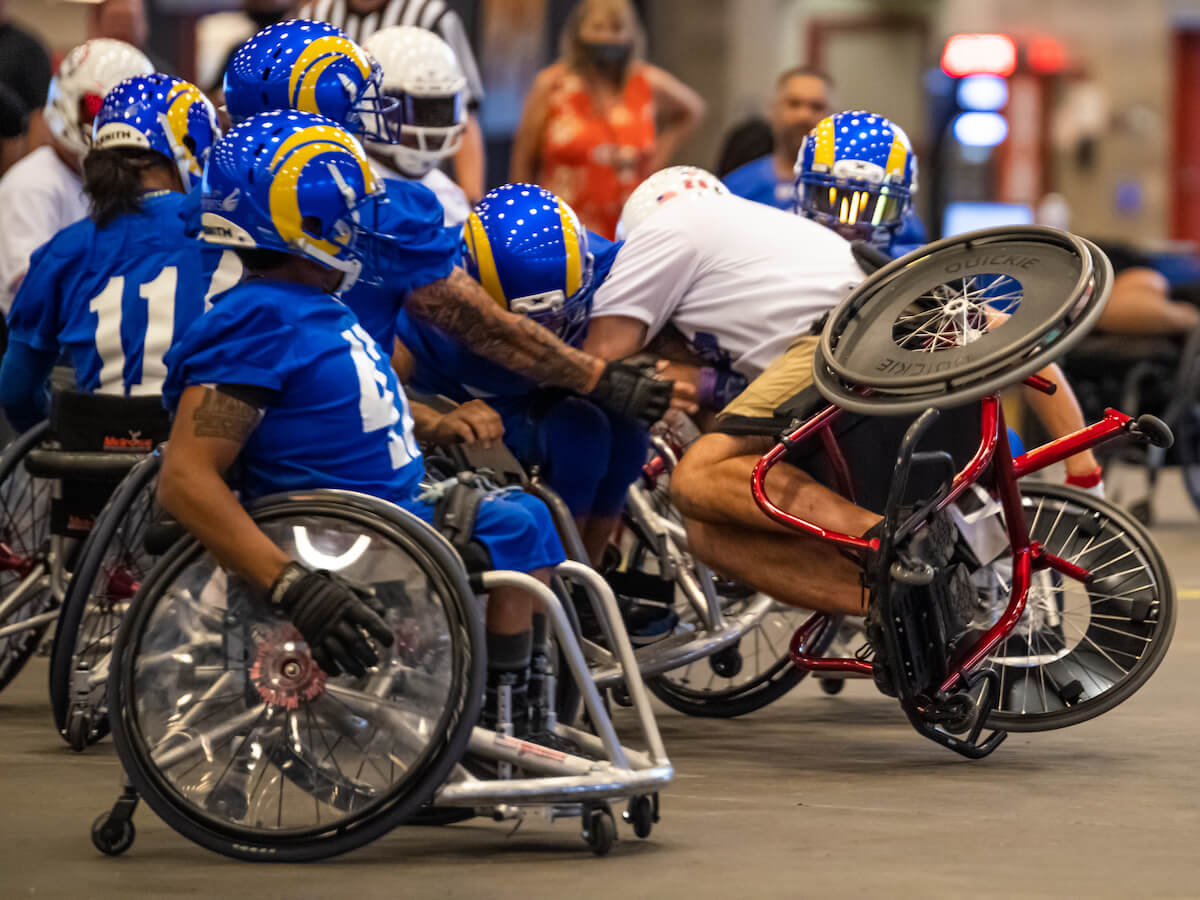 After Their Successful First Tournament, USA Wheelchair Football Gears Up for Another

Toughness, athleticism, and teamwork. While these traits may be applicable to many professional sports leagues, they’re especially relevant to success in the USA Wheelchair Football League (USAWFL). Move United’s league was created with the NFL and Bob Woodruff Foundation (BWF) Healthy Lifestyles and Creating Community grant, which is part of their partnership around “Salute to Service.”

Spectators will notice that the games closely resemble other top-level football leagues. That “football-as-usual” vibe was exactly what Navy veteran Diego Suazo was seeking.

“Someone told me to ‘get back to a new normal’… someone told me that a long time ago when I first got injured,” Suazo said. He believes being a member of the Arizona Cardinals Wheelchair Football Club is starting to feel routine, in a good way. “That is something I strive to get to, so when you wake up it’s just normal, it’s not something you have to think about.”

The league provides a chance for players to join a team again, something many veterans miss when they exit service. Navy veteran Ryan Lindstrom is thriving again in a team setting.

“In the military, you’re on a team, it’s family, and you work hard together,” Lindstrom explained. He’s been able to regain some of that lost camaraderie in the USAWFL. “When you come to another team and you work with all your friends and all your people that are your family it’s so cool.  This is your brotherhood again, you have a support system again, it’s awesome.”

Bart Salgado, who served in the U.S. Marine Corps, is a key member of the Los Angeles Rams Wheelchair Football Team. He has been playing wheelchair football since before the USAWFL was founded, and is excited to see the official league flourish. Salgado believes it is his responsibility to teach newer players what he has learned from the game.

“A lot of our guys never played before,” Salgado said. “I’m accepting the role as a coach and a mentor. Some of the other teams have come up to me and have asked me questions. I’m going to help them out because it’s about growing the sport.”

The USAWFL’s second tournament will be held October 29-30 at the iconic Arrowhead Stadium in Kansas City, MO. Spectators are welcome to attend. No tickets are required!